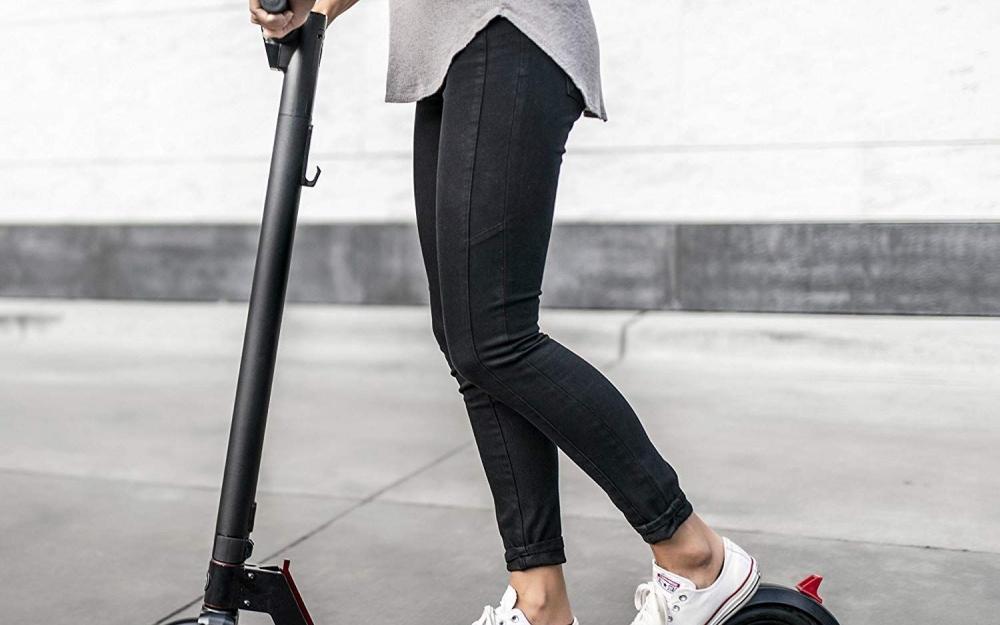 On August 14, 2015 around 3:30 pm, Elizabeth Lamb was travelling to a local pub on an electric scooter.  It was a standing scooter, which Ms. Lamb rode mainly on sidewalks and pathways.  When Ms. Lamb arrived at the pub parking lot, she saw her husband and a friend standing outside the pub.  As Ms. Lamb travelled toward the pub on the parking lot throughway, a grey sedan pulled out quickly from behind a double-parked minivan and struck her right side, knocking her to the pavement.  Ms. Lamb’s husband and friend saw the accident and ran over to her.  Ms. Lamb complained about pain in her arm and leg.  The driver of the sedan exited his vehicle and inspected it for damage.  Ms. Lamb’s husband and friend decided to carry her off the parking lot throughway and into the pub.  After Ms. Lamb was comfortable in the pub, her husband went out to the parking lot to speak with the sedan’s driver, but the sedan and driver were gone.Ms. Lamb attended the hospital and was diagnosed with a fractured tibia.  She brought an action against the unknown driver as “John Doe”, and she also sued her husband’s automobile insurer, Co-operators.  The policy provided coverage for Ms. Lamb, as the policy holder’s spouse.  It insured her for bodily injuries she suffered if struck by an “unidentified automobile,” which means any other automobile where “the identity of either the owner or driver cannot be ascertained.”  Cooperators moved for summary dismissal of the action on the grounds that Ms. Lamb could have ascertained the owner or driver of the vehicle that struck her.

The Ontario Superior Court of Justice dismissed Cooperators’ motion.  Ms. Lamb’s failure to identify the driver or owner of the vehicle was not unreasonable in the circumstances.  Ms. Lamb suffered a significant injury in the accident, was in considerable pain and was very likely in shock.  It was also reasonable for Ms. Lamb’s husband and friend to prioritize aiding Ms. Lamb instead of making efforts to collect information about the driver and his vehicle.

Previous PostPlaintiff’s action dismissed after nearly two-year delay in serving her claimNext PostWhen there are two applicable insurance policies, who has a duty to pay defence costs?