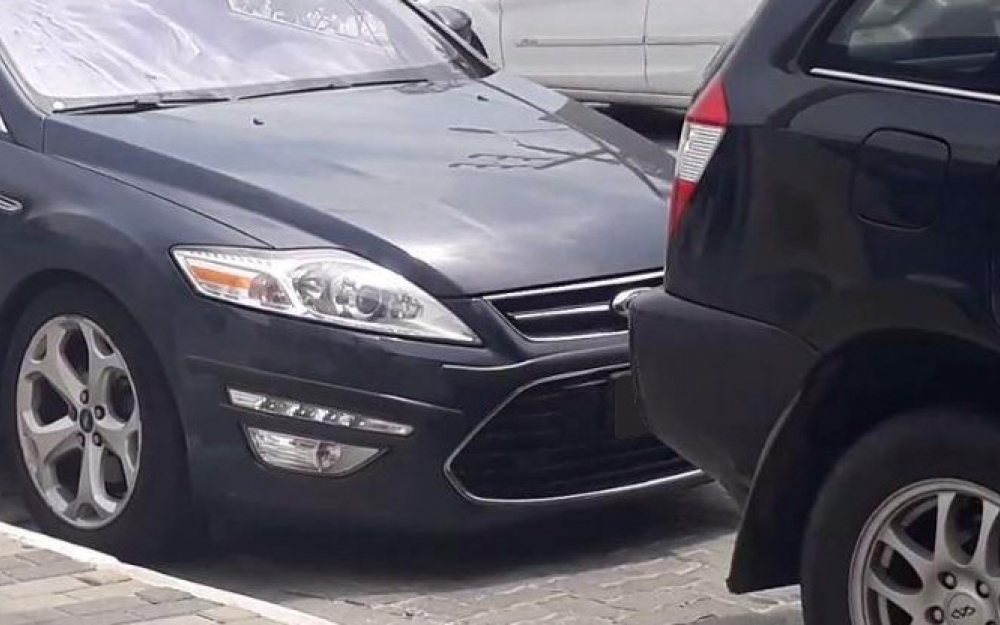 On April 30, 2016, Mary Goodine attended the drive-through of the Tim Horton’s location on Plaza Boulevard in Moncton.  She was driving her Kia Rio, and a friend sat in the front passenger seat.  After they received their food, Ms. Goodine drove toward the parking lot exit to Plaza Boulevard.  She proceeded slightly beyond the parking lot, such that the front of her vehicle extended into the traffic lane on Plaza Boulevard.  To remedy this, Ms. Goodine started reversing her vehicle back into the parking lot.  When she noticed Bobby Hogue’s Honda Civic directly behind her, she immediately applied the brake, stopping her vehicle with a “jerking” motion.  Neither Ms. Goodine, nor her passenger, heard or felt any impact between the vehicles.  However, because the vehicles appeared very close, Ms. Goodine and her passenger exited the Kia Rio, to inspect if it had contacted the Honda Civic.  Ms. Goodine and her passenger say the vehicles were a couple inches apart.  They did not see any damage to either vehicle.  After inspecting the vehicles, Ms. Goodine spoke to Mr. Hogue, who remained seated in the Honda Civic.  Mr. Hogue said he did not feel well, and an ambulance was called.  Mr. Hogue says he did not hear an impact between the vehicles, but he felt an impact.

Mr. Hogue brought an action against Ms. Goodine for damages.  Ms. Goodine moved for summary dismissal of Mr. Hogue’s action on the grounds that the vehicles did not contact each other.

The Court dismissed Ms. Goodine’s motion.  Mr. Hogue, Ms. Goodine and her passenger testified at the motion hearing.  Mr. Hogue also called a witness from an autobody shop, who confirmed Mr. Hogue paid them $1,747.53 for repairs to the Honda’s front bumper.  The Court stated Ms. Goodine failed to prove that no collision occurred between the vehicles.